Edward Tufte’s ‘The Cognitive Style of Powerpoint’ is funny. The problem is that it is not just funny, but deadly serious. Literally. His argument and case studies concern how humans died because people failed to understand how to communicate. And the title says it all. Powerpoint (at least its templates) degrades communication.

Communication is a big thing in medical education, and it is not unusual to have to sit through tedious talks on the subject. They usually start with Powerpoint slides, so at least you know that they are not going to say anything worthwhile and you can get your phone out and play.

Below is a memo, from Jeff Bezos, of Amazon.

Perhaps the single most important thing we could do to improve university education to is to remove all copies of Powerpoint. Words matter. Sentences even more. 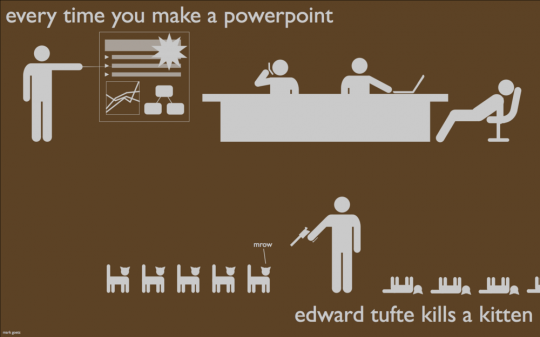